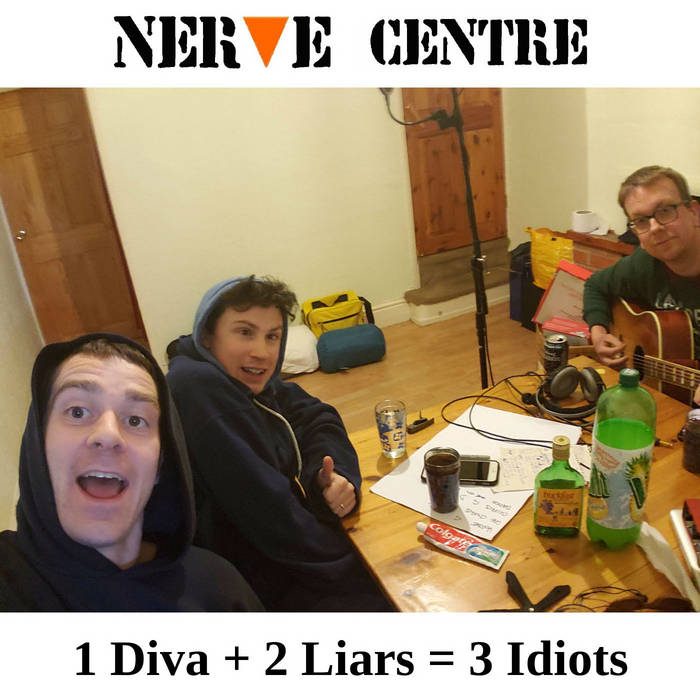 But, It turned out there was one more song left in Birmingham's most unsigned band.

Ronan wrote this while ascending on a flight to Birmingham from New York. It was written in half an hour while listening to Taylor Swift's Red. A demo to outline the melody was recorded on his phone, under his hoodie, in the plane's bathroom.

While making his connection at Dublin, he sent it to James the Guitarist and Jon the Drummer, saying they should record it later.

Like much of Nerve Centre's later material, it was recorded in Ronan's house in Birmingham, which as of writing, is for sale. So it'll be the last time that happens.

Diva, you hired two liars
I can see their pants on fire
From the group text
The one where they said
That they’d call and email
But I’d no missed calls or mail from them

Liars, you’re loving one diva
Bragging about awards from Akademia
From the group text
The one where he said
“Ronan’s in LA, it’s earlier there”
But harassing me in Disneyland is not OK