from "Genre" Is French For "Narrow​-​minded" by Nerve Centre 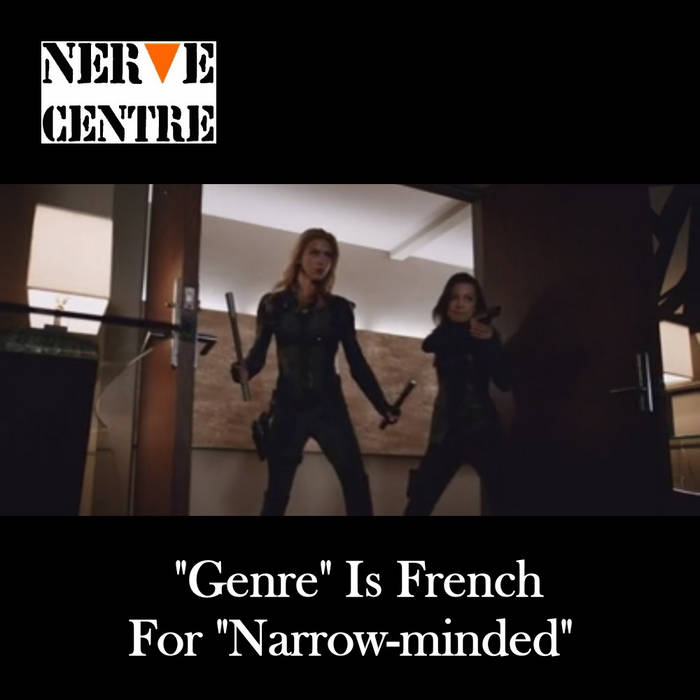 Upon visiting their good friend Chris to play a gig he was putting on to celebrate his birthday, Nerve Centre proceeded to drink beer and go for a pizza. The pizza they ordered was called an Essex Special.

While the pizza was being created, Ronan The Singer went outside having a cigarette, and a man started talking to him, because that's what strangers do with Ronan The Singer. This particular gentleman was expressing concern that the world was changing and how things were different now than they were 20 years ago. Ronan The Singer suggested that this was how time worked, and that 20 years ago, things would have been different to the 20 years before that.

Unsatisfied, the man then explained "Yeah, but today you've got all the scientists and mathematicians." Unsure what the man was actually justifying, and frankly, quite sick of the wanker, Ronan The Singer said: "Oh are you interested in mathematicians? Are you familiar with the work of Ian Malcolm? He's definitely my favourite. I mean, his insights into the workings of Chaos Theory are groundbreaking. Sorry, I'm a bit of a fanboy."

The man went inside to collect his pizza and left, without saying another word.

The rest of the party asked "Who's Ian Malcolm?"

I advised them that he was the fictional mathematician in the Jurassic Park books and films.

In light of this adventure that he instigated, and that time he came all the way to Leicester to watch Nerve Centre, the band would like to dedicate Essex Special to Chris Payne.

Verse 2:
You proudly say
Yours is bigger than ours
It's Saturday night
Let's not take them out
Slow down, slow down
You're crying over me
I'm the one thing
I could never be

from "Genre" Is French For "Narrow​-​minded", released December 13, 2015
Lead vocals and bass by Ronan Fitzgerald
Guitar by James Foster
Drums and percussion by Jon Kelway